Fun fact! I used to hate chia seed pudding. I thought it was a slimy, mushy, nasty mess. Then, I started flavoring it and… well, I’m 100% on board.

This peach cobbler chia seed pudding is at the top of my favorite list. It’s filled with pecans, crushed graham crackers, and spiced peaches.

One of the best things about this recipe is that you can make it the night before for a quick and easy breakfast the next day.

Chia seed pudding takes a few hours to solidify and I can be a pretty impatient person. I find that making the pudding the night before without having the expectation that it should be done in 2-4 hours works best for me (considering it’s not always thick enough for me after just a few hours).

How to Make Chia Seed Pudding

Those are the 3 ingredients I always use to form the chia pudding. Oat milk, in my mind, is the best for chia pudding. It makes it super creamy and thickens up really well.

First things first, make your chia pudding the night before. It’ll be super creamy and thick when you go to use it!

When you’re ready to eat the pudding, melt the coconut oil in a small saucepan. Toss the peaches in and add the cinnamon and nutmeg. Give it a good stir and let the peaches soften a bit (this shouldn’t take longer than 5 minutes).

While the peaches soften, crush your graham crackers to your liking and chop your pecans.

Next up: layer your pudding in a jar or a bowl.

I added my pecans, then the chia pudding, topped it off with the crushed graham crackers, and then peaches!

I’ll probably end up swapping the peaches with apples closer to fall, too!

Let me know if you try this chia seed pudding and what you think!

What do you get when you mix spiced peaches, graham crackers, and pecans with chia seed pudding? The tastiest grab & go breakfast!

The prep time is if you make your chia seed pudding the night before – otherwise, let your pudding rest in the fridge for 2-5 hours, or until you’ve reached the desired consistency. 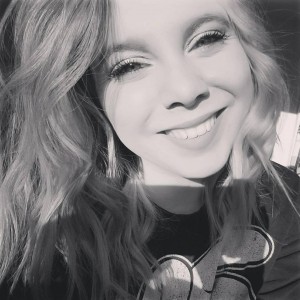 Hey, there! I'm Kayla - the founder of The Sustainable Harvest. I create budget-friendly, easily customizable, and mostly plant-based meals! Click here to follow me on Instagram!

Hey there, I’m Kayla! I create budget friendly, easy-to-follow plant-based recipes that can be customized to fit your specific taste! Click here to read more…

Join 1,000+ subscribers. Enter your email below to get easy-to-follow recipes, guides & tips before anyone else!